Soybean futures eased to close out the raucous trading week, with Chinese imports and Latin American weather in focus for investors. Soybean has had a terrific start to 2022 and the agricultural commodity is anticipated to remain strong throughout the year.

According to new data from the General Administration of Customs, China recorded its first annual decline in soybean imports for the first time since 2018. Beijing reported that weaker domestic demand contributed to the downfall.

Last year, the world’s top soybean buyer imported 96.52 million tons of the crop, down 3.8% in the previous year when it acquired more than 100 million tons.

Market analysts note that Chinese crushers reduced their soybean purchases in the second half of 2021 due to crush margins deteriorating amid soaring import costs and lower domestic soymeal prices.

“Domestic hog prices plunged, pushing down hog margins and downstream demand for soymeal. The practice of using wheat to replace some corn in feed also cut demand for soymeal,” said Zou Honglin, an analyst with the agriculture division of Mysteel, a China-based commodities consultancy. 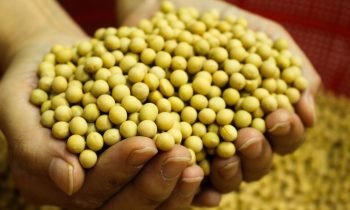 The data come after the Chinese government announced that it would produce 40% more soybeans in the next five years, with a goal of 23 million tons, according to its 14th five-year plan on crop farming. This would be a blow to soybean-producing countries since Beijing imports 85% of its soybean needs.

Meanwhile, shipments from the US in the 2021-2022 marketing season tumbled because of loading delays.

Argentina is going through a severe heatwave with little or no rainfall. These weather conditions have impacted the nation’s agricultural regions, which could derail its forecast of 57 million tons of soybeans.