PPG Industries, Inc. (NYSE: PPG) stock fell 2.55% on January 16th, 2020 and continued its bearish momentum falling over 1.2% on January 17th, 2020 (as of 11:21 am GMT-5; Source: Google finance) after the company posted mixed results for the fourth quarter of FY 19. PPG has ended 2019 with cash and cash equivalents of $1.2 billion, which is up around 34.8% year over year. Long-term debt grew about 4% year over year to $4,539 million. The soft trading conditions in Europe affected the architectural coatings EMEA business, due to lower sales volumes which was partially offset by higher selling prices. Despite this very challenging economic environment in Europe during this past year, the business was able to grow organic sales for the full year. 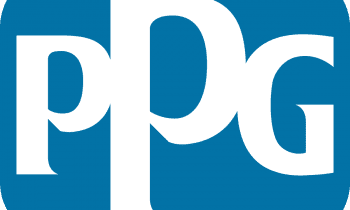 Further, for the fourth quarter, the segment margins improved about 160 basis points compared to last year and are up 120 basis points for the full year despite broad contraction and the global manufacturing activity that worsened as the year progressed.

In Latin America, the PPG-Comex business increased organic sales due to improved selling prices. Sales volumes increased sequentially compared to the prior quarter, but remained generally soft year-over-year as consumer demand due to overall lower Mexican economic activity. In the Industrial Coatings segment, overall, sales volumes declined by about 6% in the quarter due to a weak industrial demand.

Additionally, the company in FY 19 has returned about $800 million to shareholders, which includes about $325 million of share repurchases and nearly $470 million in dividends.

For fiscal 2020, PPG expects to continue organic growth in the Performance Coatings unit. For the Industrial Coatings unit, the company expects a rebound in volume growth in the second-half of 2020. While the company is beginning to witness a modest recovery in industrial demand in China, it projects soft general industrial demand to continue in the United States and Europe. For 2020, the company expects adjusted EPS growth to be between 4% and 9%, which excludes the impact of currency translation. First-quarter 2020 earnings per share from continuing operations are expected to be in the range $1.32-$1.42. The company expects sales growth to be in the range of 1%-3% (on constant currencies basis), including acquisitions.