PulteGroup, Inc. (NYSE: PHM) will be releasing their second quarter of 2017 results on July 25th, 2017. Recently, Credit Suisse Group started coverage on shares of PHM, with an outperform rating and a $27.00 price objective on the construction company’s stock. PulteGroup stock has risen 33.5% in this year to date (As of June 30th, 2017; Source: Google finance)

A number of other analysts also recently issued reports on PulteGroup,. BidaskClub raised shares of PulteGroup from a buy rating to a strong-buy rating on June 14th. Mizuho began coverage on PHM. They set a neutral rating and a $22.00 target price for the company. Zacks Investment Research upgraded PulteGroup from a hold rating to a buy rating and set a $26.00 target price on the stock. Meanwhile, for the second quarter of 2017, the group is expected to post the earnings per share in the range of $0.4-$0.51, compared to the earnings of $0.38 per share in the same quarter last year. The company is expected to report earnings of $0.45 a share for the next quarter. PulteGroup is expected to post revenue of $2.03 billion in the current quarter, as per the consensus of 13 analysts. The high and low revenue estimates for the current quarter are $2.07 billion and $1.96 billion, respectively. The company had reported the revenue of $1.83 billion in the same period last year. For the next 5 years, PHM is expecting Growth of 20.44% per annum, whereas in the past 5 years the growth was 13.89% per annum. 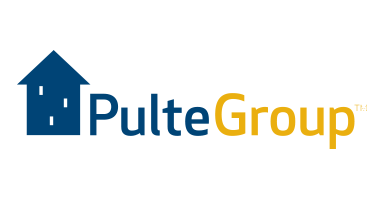 Additionally, the homebuilding sector looks like a strong investment. The group is well positioned as one of the largest in market cap within the homebuilding sector, and brings forth a unique combination of value and growth that makes it a worthwhile investment. Currently, they operate within 49 markets throughout 25 states. Of course, their central core business is based on their homebuilding operations, which looks to have a positive forecast within the near future. In addition, PulteGroup had a considerably stronger year over year growth performance for the year of 2016 than other recent years. This is fueled by a combination of relatively low mortgage interest rates by historical standards, as well as low overall inventory of homes currently available for sale, which will likely spur continued rapid growth in PulteGroup’s homebuilding operations. This is because more homes will need to be built to maintain inventory levels.