Summit Materials Inc (NYSE: SUM) stock fell over 2.6% on 22nd July, 2020 (as of 11:25 am GMT-4 ; Source: Google finance) after the company posted better than expected results for the second quarter of FY 20. As of June 27, 2020, the Company’s cash stood at $253.4 million and $1.9 billion in debt outstanding. The Company has reported net income attributable to Summit Inc. of $57.1 million, compared to net income attributable to Summit Inc. of $36.4 million in the comparable prior year period. The Company has $345 million revolving credit facility of $329 million, which is made available after consideration of committed letters of credit. For the six months ended June 27, 2020, the company generated cash flow provided by operations of $61.7 million while cash paid for capital equipment was $105.7 million. 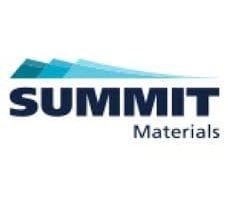 For the second quarter of FY 20, organic sales volumes rose 2.6% in aggregates, 3.2% in ready-mix concrete, and 10.0% in asphalt, respectively, and decreased (6.3)% in cement relative to the same period last year. Organic average selling prices in the second quarter of 2020 fell (0.2)% in aggregates, and grew 1.2% in cement, 5.5% in ready-mix concrete, and 2.3% in asphalt compared to the prior year period.