Synopsys, Inc. (NASDAQ:SNPS) stock rose 4.63% (As on Dec 2, 1:34:47 AM UTC-4, Source: Google Finance) after the company beaten the earnings estimates for the fourth quarter of FY 21. The company has raised the long-term financial objectives to strong double-digit revenue growth, anchored in a step-up in EDA and IP targets, ongoing non-GAAP operating margin expansion, and non-GAAP earnings-per-share growth in the mid-teens range, all of which driving very strong cash flow. Semiconductor & System Design segment revenue was $3.8 billion, driven by broad-based strength across all product groups and geographies. Software Integrity segment revenue was $394 million, up 10% over the prior year, and exceeded the original plan. The company expects to return to the 15% to 20% growth objective in 2022. In addition, following the investments and operational adjustments we made this past year, the company expects to expand adjusted operating margin in 2022. Operating cash flow for the year was a record $1.49 billion, reflecting our strong results and robust collections. The company ended the year with cash and short-term investments of $1.58 billion and total debt of $100 million. During the year, the company completed buybacks of $788 million or 56% of free cash flow. 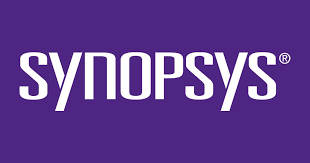