Keysight Technologies Inc (NYSE: KEYS) stock lost over 4.6% in the pre-market session of May 27th, 2020 (Source: Google finance) as the company posted lower than expected results for the second quarter of FY 20. Keysight has reported net income of $71 million compared to the net income of $153 million, in the year-ago quarter. After site closures had resulted in limited production capacity in March and April, the company’s production operations and those of its suppliers are now ramping capacity. The company expects continuous progress in the third quarter with third-quarter revenue, operating margin and earnings expected to be in line with, or better than, the most recent quarter. The company has ended the second quarter with a record $1.8 billion in cash and cash equivalents with $450 million of additional liquidity available under the undrawn revolving credit facility. The company has generated cash flow from operations of $298 million and record free cash flow of $275 million or 31% of revenue. 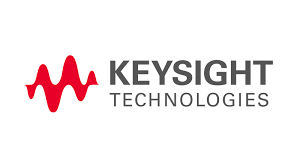 Moreover, the order growth was positive through March, after which there was a decline in April to finish the quarter down only 3% compared to last year’s record second quarter. In Commercial Communications, the ongoing 5G order momentum resulted in a new record. The end-to-end solutions portfolio continues to gain strong global customer adoption and is enabling the commercial 5G launches under way. During the quarter, the company had introduced Keysight’s new 5G core network test solution called LoadCore. The 5G core testing software simulates complex real-world subscriber models, which enables the mobile operators and network equipment manufacturers to qualify performance and reliability of voice and data transferred over 5G networks. In aerospace, defense and government, the order growth was due to strong demand in the U.S. which was partially offset by lower international investment.

KEYS in the second quarter of FY 20 has reported the adjusted earnings per share of 78 cents, missing the analysts’ estimates for the adjusted earnings per share of $1.14, according to the Analysts surveyed by FactSet. The company had reported 18 percent fall in the adjusted revenue to $895 million in the second quarter of FY 20, missing the analysts’ estimates for revenue of $1.064 billion. The revenue fell due to the site closures and supply chain disruptions that started in mid-March and continued through the end of the second quarter. For Q2, the company has reported gross margin of 63% with improved mix and lower spending partially offsetting the impact of lower revenue. The flexibility of the cost structure resulted in lower variable compensation and a reduction in outsourced manufacturing costs.