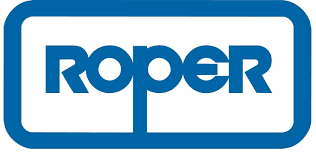 Roper had closed on its $544.5 million cash acquisition of Foundry, a London, England-based firm that provides high-end visual effects and 3D design software for media and entertainment, visualization and design-oriented industries. Foundry is expected to generate about $75 million in revenue for Roper during the first 12 months of ownership. Further, in February the company completed the $225 million sale of its scientific imaging businesses to Teledyne Technologies Inc. of Thousand Oaks, California.

ROP in the first quarter of FY 19 has reported the adjusted earnings per share of $3.30, while adjusted revenue growth of 7 percent to $1.29 billion in the first quarter of FY 19. The organic revenue grew by 6%. GAAP and adjusted gross margin were 63.0%, which expanded 60 basis points and 50 basis points, respectively. EBITDA increased 13% to $438 million and EBITDA margin expanded 170 basis points to 34.0%. GAAP operating cash flow was $290 million, which included tax payments associated with the gain on sale from the Scientific Imaging businesses, completed in the quarter. Excluding these tax payments, adjusted operating cash flow increased 17% to $330 million.

For the second quarter of FY 19, Roper said its per-share earnings will range from $3 to $3.04. Analysts surveyed by Zacks had forecast adjusted earnings per share of $3.10. The company expects full-year 2019 earnings to be in the $12.70 to $13 per share range.

On the other hand, the users of eight transportation management systems (TMS) can now access brand new integrations from DAT Solutions, providing a full suite of tools that range from load board access and freight pricing to carrier qualifying and onboarding. The latest integrations from DAT extend the transportation stalwart’s reach, supplying greater technological efficiencies for the thousands of employees at freight brokerages, 3PLs, shippers and motor carriers who rely on these TMS software providers for their operations.