Accenture Plc (NYSE: ACN) stock fell over 0.03% on 20th December, 2019 pre market session(as of 8:40 am GMT-5; Source: Google finance) after the company posted better than expected results for the first quarter of FY 20. Net income for the quarter to Nov. 30 increased to $1.36 billion from $1.28 billion, in the year-ago period. New bookings were $10.3 billion. Consulting bookings were $6 billion with a book-to-bill of 0.9 and Outsourcing bookings were $4.3 billion with a book-to-bill of 0.9. The company’s cash balance at November 30th was $5.8 billion compared with $6.1 billion at August 31st. 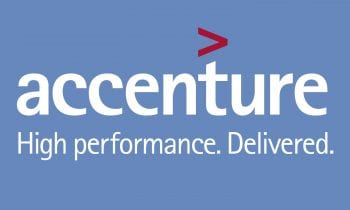 ACN in the first quarter of FY 20 has reported the adjusted earnings per share of $2.09, beating the analysts’ estimates for the adjusted earnings per share of $2.00, according to the FactSet consensus. The company had reported the adjusted revenue growth of 7 percent to $11.36 billion in the first quarter of FY 20, beating the analysts’ estimates for revenue of $11.15 billion. Consulting revenue grew 7% to $6.38 billion, beating the FactSet consensus of $6.24 billion, while outsourcing revenue rose 7% to $4.98 billion to beat expectations of $4.89 billion. Technology Services and Strategy and Consulting Services, both had delivered strong high single-digit growth. H&PS had posted the growth of 13% in local currency due to double-digit growth in both health and public service, that includes the double-digit growth in North America in Growth Markets and strong growth in Europe. Communications, Media & Technology posted  7% growth due to continued double-digit growth in software and platforms with double-digit growth in Europe and strong growth in Growth Markets. Financial Services rose 6% this quarter. ACN has posted the  gross margin for the quarter of 32.1% compared to 31.1% for the same period last year. Operating income was $1.8 billion for the first quarter, which resulted in a 15.6% operating margin, up 20 basis points compared to first quarter last year.