Agilent Technologies Inc (NYSE: A) stock fell over 1.4% on 26th November, 2019 (As of 10:50 am GMT-5; Source: Google finance) after the company posted better than expected results for the fourth quarter of FY 19. Geographically, all regions have posted growth with the strongest growth in Americas and China with 9% growth in America in the quarter. America’s growth is driven by strong results in the pharma diagnostics and environmental markets. Europe modestly exceeded the company’s expectations as it posted a 4% growth rate with balanced strength across most markets and groups. China came in as expected with the growth in double-digits for the year, though declined in the low-single-digits in the quarter against a very strong compare of 16% growth last year. Excluding food, China was up slightly and Asia ex-China has declined in low-single-digits. Further, during the quarter, the company has generated $314 million in operating cash flow. 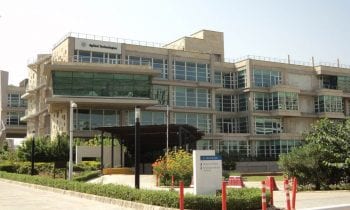 Additionally, the company had acquired BioTek for $1.165 billion and returned $100 million to shareholders through dividends and share repurchases. The company in the quarter, had also refinanced $500 million of senior notes early, reducing the future interest costs. The company has recently declared the quarterly dividend to 18 cents per share of common stock, which is a 10 percent increase over the previous quarter’s dividend, which will be paid on January 22,2020.

For the full-year 2020, the company expects revenue to be in the range of $5.50 billion to $5.55 billion, representing core growth of 4% to 5% and reported growth of 6.5% to 7.5%. From a Group perspective, the company expect ACG to deliver high-single-digit growth. The DGG business is expected to grow at a high-single-digit to low double-digit rate with the NASD Frederick facility ramping throughout the year. The company expects a modest recovery for LSAG roughly flat on a core basis. The non-GAAP EPS is, expected to be between $3.38 and $3.43 per share, resulting in 9% to 10% growth on a reported basis. The company also expects operating cash flow to be of approximately $775 million to $800 million.