Cloudera Inc (NYSE: CLDR) stock lost over 10.7% in the pre-market session of over June 4th, 2020 (Source: Google finance) after the company posted lower than expected results for the first quarter of FY 21. The company had generated operating cash flow for the first quarter of $68 million driven by better-than-expected renewal activity, good collections and strong expense management. The company has ended Q1 with $519 million in cash, cash equivalents, marketable securities and restricted cash, up from $487 million at the conclusion of Q4. The company incurred the capital expenditures of $1 million in the quarter. Total contract liabilities were $515 million at the end of the first quarter. RPO rose 12% to $828 million year-over-year.

CLDR in the first quarter of FY 21 has reported the adjusted earnings per share of 5 cents, while reported the adjusted revenue growth of 12 percent to $210.46 million in the first quarter of FY 21. Annualized recurring revenue for fiscal Q1 rose 11% to $723 million. Total gross margin for Q1 has expanded to 79% compared to 73% in Q1 of last year, due to increase in subscription gross margin to 88%, up from 85% in the year-ago period. 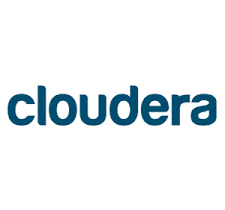 Moreover, the company had ended Q1 with 1,003 customers who have grown to over $100,000 of ARR. The company has increased customers representing greater than $1 million of ARR dramatically, from 154 to 164. This is strong $1 million ARR customer adds in a quarter. Renewals were also strong in Q1. The strength in renewals and ARR growth was mainly due to existing customers expanding at a higher rate based on heightened confidence in the new solution set. The introduction of CDP Public Cloud, along with the expected delivery of CDP Private Cloud, was main driver to these increased customer investments in Cloudera technology.