IBM Common Stock (NYSE: IBM) stock lost over 3.9% on 21st, April, 2020 (as of 1:48 pm GMT-4; Source: Google finance) after the company posted mixed results for the first quarter of FY 20. The company has withdrawn its 2020 annual forecast as the coronavirus pandemic fuels uncertainty across financial markets amid expectations of a recession in the global economy. However, IBM said it remained committed to its dividend plan. Due to COVID-19 pandemic, the company continues to enable them to shift their mission-critical workloads to hybrid cloud and expand their use of AI to help transform their operations. IBM saw a sales slowdown in cognitive software in March as the pandemic spread. In the near-term, the company anticipates that clients will postpone projects, particularly involving software, while demand for hardware should remain stable. In the first quarter, the company generated net cash from operating activities of $4.5 billion, or $2.1 billion excluding Global Financing receivables. IBM has generated free cash flow of $1.4 billion for the period. IBM ended the first quarter with $12.0 billion of cash on hand which includes marketable securities. Debt, including Global Financing debt stood at $22.3 billion, were of aggregate $64.3 billion, which is down $8.7 billion since the end of the second-quarter 2019. 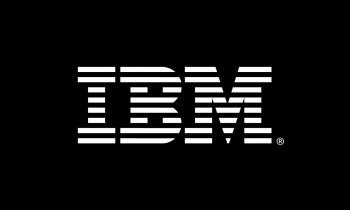 The company has reported 19% growth in the cloud revenue to $5.4 billion in the first quarter, which is driven by Red Hat, which contributed $719 million to IBM’s sales in the period, after a financial adjustment related to the acquisition. Global Technology Services, which represents about 37% of IBM’s total revenue, continues to fall. The technology consulting unit had posted the sales of $6.5 billion, which represents the decline of 5.9% from the same period last year. Global Business Services also narrowly declined, to $4.14 billion, which is less than a percentage point from a year earlier. Systems’ (includes Systems Hardware and Operating Systems Software) revenues of $1.4 billion, up 3 percent driven by IBM Z, up 59 percent  and Storage Systems revenue up 18 percent.