Oracle Corporation (NYSE: ORCL) stock fell over 2.9% (as of 10:15 am GMT-5 ; Source: Google finance) after the company posted mixed results for the second quarter of FY 20. GAAP application ecosystem revenues were up 4% to $2.9 billion, with Fusion Apps up in the low 30s, including Fusion ERP, up 38% and Fusion HCM, up 23%, NetSuite ERP was up 28%, vertical Fast was up low-double-digits, while Data Cloud stabilized. ORCL in the second quarter of FY 20 has reported the adjusted earnings per share of 90 cents, while reported the adjusted revenue growth of 1 percent to $9.61 billion in the second quarter of FY 20, missing the analysts’ estimates for revenue of $9.65 billion. 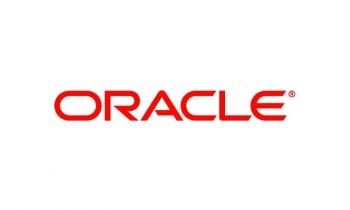 Total Cloud Services and License Support revenues for the quarter were $6.8 billion, which is up 3% & forms for over 70% of total company revenues and most of this is recurring revenue. Cloud and On-premise License revenues were $1.1 billion, which is a decline of 7% as more of the GBU customers order cloud instead of license. Gross deferred revenue was up more than 1% in constant currency

Moreover, Gross margin for Cloud Services and License Support was 85%, which has fallen slightly from last quarter due to accelerated investments in the Gen 2 Cloud to address higher demand worldwide. Non-GAAP operating income was $4 billion, which remains unchanged from last year and operating margin was 42%, down from 43% last year. The company has generated approximately $27 billion in cash and marketable securities and short-term net deferred revenue balance is $8.1 billion, which is decline of 1% in constant currency, due to timing differences in customer payments.