T-Mobile Us Inc (NASDAQ: TMUS) stock fell over 0.6% on 29th October, 2019 (as of 11:55 am GMT-4 ; Source: Google finance) after the company posted mixed results for the third quarter of FY 19. The company had reported the adjusted revenue growth of 2 percent to $11.06 billion in the third quarter of FY 19, missing the analysts’ estimates for revenue of $11.33 billion.

The company has reported third-quarter net income of $870 million compared to $795 million in the year-ago period. For the quarter, the net cash provided by operating activities was $1.7 billion, and free cash flow was $1.1 billion, both Q3 record highs, up 91% and 27% year-over-year. Overall, the company now have 311 million Americans covered by low band spectrum, both 600 megahertz, and 700 megahertz combined. 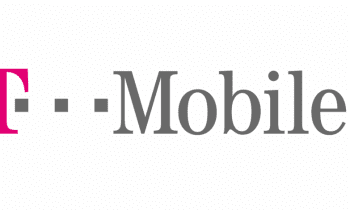 Meanwhile, the company has been locked in a big battle to close its merger with smaller carrier Sprint Corp. It faces a state attorneys general lawsuit, which is led by New York and California and slated to go to trial on Dec. 9, that alleges the merger would be harmful to consumers. The Federal Communications Commission had voted to approve the merger on October 16. TMUS expects it will be permitted to close the merger in early 2020. The company already has detailed integration plans and they are preparing to start deploying Sprint’s 2.5-gigahertz spectrum soon after the deal closing.

TMUS in the third quarter of FY 19 has reported the adjusted earnings per share of $1.01. The company has added 754,000 phone subscribers who pay a monthly bill on a net basis in the third quarter 2019, compared with 774,000 additions a year earlier while analysts had expected 742,600 new postpaid phone subscribers, according to research firm FactSet. Service revenues hit all-time record highs, and have reached $8.6 billion, by growing 6% year-over-year, and branded postpaid revenues increased 10% year-over-year. The company has posted the adjusted EBITDA of $3.4 billion, up 5% year-over-year

The company is now targeting adjusted core earnings for 2019 to be in the range of $13.1 to $13.3 billion, up at the midpoint from prior guidance of $12.9 to $13.3 billion. T-Mobile expects pre-close merger-related costs to be $125 million to $150 million before taxes in the fourth quarter.