For the fourth quarter of FY 19 results and forecast of first quarter 2020 profit was above Wall Street expectations. This was due to all-important licensing segment benefits from a deal with Apple Inc and the annual holiday-quarter momentum it brings. There are also concerns about the ramp into 5G technology and a ban on selling gear to China’s Huawei Technologies Co. 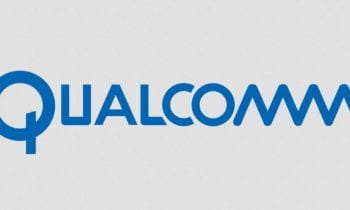 Further, the company has announced plans to boost 5G global commercialization at scale by expanding the portfolio of 5G mobile platforms into the Snapdragon 7 Series and 6 Series, planned to launch in calendar Q1 2020. The integrated 5G SoCs will support both sub-6 gigahertz and millimeter wave at the volume tiers across all geographies.

QCOM in the fourth quarter of FY 19 has reported the adjusted earnings per share of 78 cents, beating the analysts’ estimates for the adjusted earnings per share of 71 cents. The company had reported 17 fall in the adjusted revenue to $4.81 billion in the fourth quarter of FY 19, beating the analysts’ estimates for revenue of $4.76 billion, according to FactSet. For the fiscal fourth quarter, revenue in its licensing segment was $1.16 billion, beating estimates of $1.10 billion, according to data from FactSet. The outperformance in the fourth quarter was mainly due to QTL on higher units and stronger mix resulting in QTL revenues of $1.16 billion and EBT margin of 68%. QCT has posted revenues of $3.6 billion and $152 million MSM chip shipments, which is in line with the expectations for the quarter.

The company forecast between $1.3 billion and $1.5 billion in revenue for licensing business segment for its fiscal first quarter, which is above analyst expectations of $1.23 billion, according to IBES data from Refinitiv. The return of Apple sales will also provide QCOM a seasonal momentum in its fiscal first quarter that ends in December, when Apple traditionally sells its biggest number of devices and therefore pays the most royalties.

Qualcomm expects between 1.75 billion and 1.85 billion smart devices with modem chips, that includes 175 million to 225 million 5G handsets, to be sold in 2020. This is because Qualcomm collects license fees on devices that use cellular connections to wireless data networks, a greater number of devices sold often results in higher revenue and profits.

Meanwhile, the company had unanimously approved the appointment of Akash Palkhiwala as executive vice president and chief financial officer.