Theratechnologies Inc (NASDAQ:THTX), a biopharmaceutical company focused on the development and commercialization of innovative therapies, stock fell 1.26% (As on July 15, 11:40:51 AM UTC-4, Source: Google Finance) after the company in the second quarter of FY 22 has reported 8.3% rise in the revenue to $19,268. 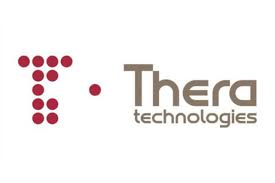 Meanwhile, the company has issued an update on the dose escalation portion of the TH1902 Phase 1 clinical safety study. TH1902 is Theratechnologies’ first-in-human study of its investigational lead peptide drug conjugate (PDC) for the treatment of sortilin-expressing cancers. It has received Fast Track designation from the United States Food and Drug Administration (FDA). Signs of efficacy have been observed in three heavily pretreated patients in the dose escalation trial, and recorded results includes confirmed partial response in one prostate cancer patient with 53% overall reduction in target lesions after three cycles of TH1902 at 300 mg/m2, PSA continued to progress. Stabilized disease observed in a prostate cancer patient with measurable reduction in target lesion sizes (single digit percentages), including one PSA response. The patient was treated with mixed cycles of TH1902 from 420 mg/m2 to 300 mg/m2. Stabilized disease observed in an endometrial cancer patient with measurable reduction in target lesion sizes (single digit percentages). Notably, she received a total of 11 cycles. Her dose was escalated from 60 mg/m2 to 360 mg/m2.

On the other hand, after complaints received from patients relating to the reconstitution of EGRIFTA SV after its launch in 2019, the company had submitted an amendment to the Instructions For Use (“IFU”s) included in the EGRIFTA SV Patient Information in March 2021, and per the timelines set forth in the regulation, the company implemented these changes, which included amended IFUs. The FDA responded to the amendment with a Complete Response Letter, asking the Company to carry out a Human Factors Study (HFS) to ensure that patients reconstitute the product in the proper manner. The company has recently initiated such study, which the company believes will be carried out to the FDA’s satisfaction, within their imposed timeframe of one year. Further, the company intends to file a supplemental Biologic License Application (“sBLA”) for the F8 formulation by the end of the first quarter of calendar 2022.