Top 10 Industries That Will Be Disrupted By Blockchain Technology

When people hear of blockchain technology they mostly think about cryptocurrency transactions. The truth is that there is much more to this technology than improving payments and hiding identity. The blockchain is a foundational technology on which you can build several applications. 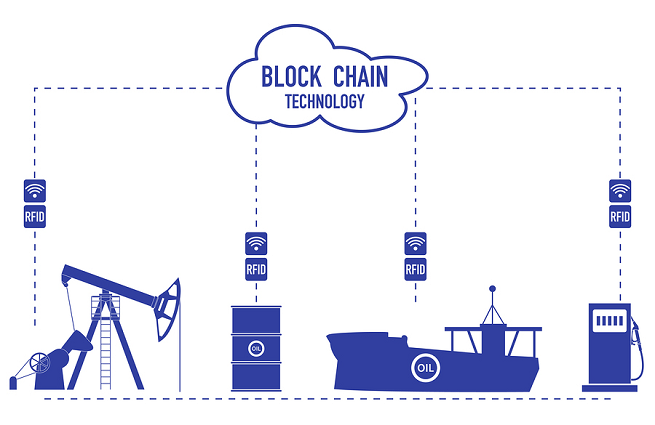 Understanding the potential of blockchain technology in the world today and the impact it has on the life of people will definitely help brand builders to become an early blockchain adopter.

Blockchain has several potential applications that can reduce risk and lower cost in the government. Currently, this technology is shaping new models of governance. It has been revealed that computational techniques and cryptography will lead to reorganization of the system of governance and a new relationship between government and civil society.

The advancement of blockchain technology will greatly influence the way in which government rule the people and manage resources. The world can adopt blockchain-based systems to prevent corruption, reduce fraud and increase accountability in government.

The transfer of money to another country which can take days and expensive fees to process by banks can be done instantly with low fees using blockchain technology. Blockchain makes it possible for numerous people in underdeveloped countries to have access to traditional banking.

3. Networking and the Internet of Things

There are several challenges facing today’s networking and the Internet of Things industry. These days, it looks as if network engineers have no lasting solution to the traffic congestion which leads to poor network performance. Online businesses need high-speed communication to boost productivity and sales.

Fortunately, networking specialists can use blockchain technology to build applications which can solve problems in networking. You can use blockchain to develop devices based on decentralized network and connect all devices directly to each other. This will solve the issue of difficulty in network configuration and boost high-speed communication.

Blockchain can enable you to build applications that can manage all your operations and instantly update your software.

It has been shown that the energy sector contributes to 41% of global carbon dioxide emissions which lead to global warming. What the world and its energy sector need now is a platform that will produce energy without the emission of carbon.

The World Energy Congress has confirmed that affordability of energy is the major challenge facing the global energy industry. The good news is that blockchain technology is an effective business model the world can employ to generate low cost and low-carbon energy.

Energy sector can be controlled and managed by a central entity. Fortunately, blockchain can be adopted to decentralize the system to enable producers and consumers to buy energy directly from each other.

It has been shown that blockchain technology can disrupt insurance for better operation. The issue of lack of accountability and insecurity in the insurance industry needs to be tackled in order to boost customers trust. Insurance is a highly competitive industry that should leave no stone unturned in meeting customers need.

The insurance can easily secure sensitive information and improve stability in the system by adopting blockchain. Even the high administrative costs can be reduced with blockchain applications.

The industry is experiencing several technical problems and a high cost of operation. The problem is not that the healthcare industry is not equipped with working technology but that it needs a high-quality one that can reduce cost and boost operation.

Blockchain can be adopted to manage and secure healthcare records. The technology provides private keys that can keep the data in any network safe and prevent manipulation.

People are losing their trust in the cyber security industry due to the high rate of cyber attacks that Internet users are encountering these days. However, blockchain technology has several powerful applications that can bring solutions to the problems facing cyber security.

Blockchain applications can eliminate the third party which could open door to cyber-attacks. Blockchain technology uses cryptographic algorithms and protective keys to secure every transaction.

Technology specialists have shown that blockchain is the next big technology that will boost the operations of cyber security.

Since blockchain technology is based on a decentralized platform, it can help lower taxes and labor costs. Even the authenticity of every product can be verified using blockchain applications.

Blockchain technology can make it easy for both private transporters and users to do business in a secure platform without the intervention of third parties. There are several different e-wallets that enable car owners to pay all the necessary fees for their vehicles.

There is no doubt that the cloud storage industry will be disrupted because it stores data on a centralized server. Data that is stored on a centralized platform is more likely to be hacked or lost.