Being part of a group of miners helps you to mine more efficiently. After mining a block successfully, group members share the reward between them. The aim of this post is to introduce you to the concept of “Mining Pool” and provide some information about the top five best mining pools so as to help you start your research and choose one that suits you the best. However, it is important to note that you will be using your own Bitcoin mining hardware rather than cloud mining.

Bitcoin Mining Pool – What Is It 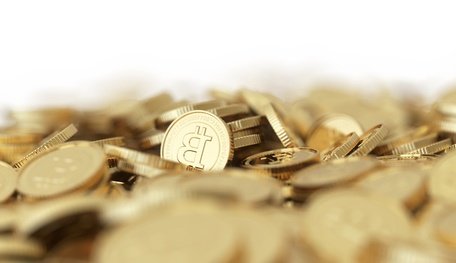 Groups of Bitcoin miners cooperating together and sharing block rewards in proportion to the mining hash power they contribute are referred to as mining pools. Mining pools are helpful to average miners as they smooth out rewards and bring in a lot of predictability. However, the power would be vested with the owner of the mining pool. On the other hand, miners can divert their hashing power to other mining pools at any time.

Before we start talking about the top five best mining pools, you must be aware that most of the mining pools are located in China. Most of them have their website in Chinese. Support is also provided only in Chinese. Mainly, there are about 20 large mining pools. On the basis of the hash power controlled by pools and their location, it is estimated that approximately 81 percent of the network hash rate is controlled by Chinese pools.

Further, the mining pool for each cryptocurrency is different. Some of the factors to be considered when choosing a pool are s follows:

#1: Size: Often, payments are more regular with bigger pools. However, the payout will be less because of the group size. On the other hand, smaller pools make larger payments less frequently. Typically, the return evens out in the longer term.

#2: Reward Method: There are many reward methods:
Pay-per-Share (PPS) – In this method, a fixed amount is paid to the user whenever he/she submits a share.
Proportional – In this case, payment is made to the user on the basis of the percentage of shares they find.
Score based – This method is based on the allocation of weight to the submission time of a share.
Pay-Per Last-N-Shares (PPLNS) – This is similar to the proportional method, but each share is rewarded on several rounds.

#3: Fees: Some mining pools charge a fee, while some others do not. Generally, the fee ranges from 0 percent to 3percent. However, you must remember that all mining pools are not transparent when it comes to the fee structure.

#4: Other aspects: It is important to take into consideration the reliability aspect before signing up with any of the mining pools. Some of the other factors to be considered include security and ease of withdrawal of funds.

Having said that, here are the top five best Bitcoin mining pools:

Slush Pool, announced in 2010, is the first Bitcoin mining pool. Located in the Czech Republic, Slush Pool is operated by Satoshi Labs. The dashboard is very user-friendly and is regularly updated.

Size: The medium-sized pool controls 7.0 percent of the network hash rate.
Reward method: Score-based payment method is followed to prevent pool switching.
Fee: A fixed 2.0 percent fee is charged for each transaction.
Withdrawal: You have to set the threshold amount. Balances are sent out when the threshold is reached.
Miscellaneous: Also offers a service for mining Zcash (ZEC) for free.

This is a Bitcoin mining pool located in China and is run by Bitmain Technologies. If you are new to mining Bitcoins, you will appreciate Antpool’s clean interface. Its dashboard displays hash rates and earnings very clearly.

Size: As one of the biggest mining pools, Antpool controls approximately 22 percent of the network hash rate.
Reward method: You can opt for PPLNS or PPS reward methods.
Fee: 0.0 percent for PPLNS and 2.5 percent for PPS.
Withdrawal: Payment is made once in a day provided the amount is more than 0.001 Bitcoin.
Miscellaneous: Security options include two-factor authentication, wallet locks, and email alerts. As an established player, Antpool is considered to be reliable.

Kano CKPool was set up in 2014. Unlike other mining pools, it does not allow merged mining, meaning you can mine only Bitcoin through this pool.

Size: Kano CKPool is a medium-sized Bitcoin mining pool. It controls nearly 3.0 percent of network hash rate. It allows you to mine up to 2 to 3 blocks in a day.
Reward method: The mining pool follows the PPLNS reward method.
Fee: 0.9 percent per transaction.
Withdrawal: There is no withdrawal threshold. You are paid small amounts frequently.
Miscellaneous: The simple pool’s user interface is not very user-friendly. For additional security, it offers two-factor authentication.

This is also a Chinese Bitcoin mining pool. Set up in 2013, it is the second largest in size. Unlike some of the other Chinese pools, it offers an English interface with a simple layout. Information is presented clearly in a concise manner. It is a good option for newbies.

The U.S. based Eligius was founded in 2011. It is easy to join this mining pool as it does not require any registration. Apart from Bitcoin, the mining pool allows merged mining of Namecoin.