The FTSE 100 and FTSE 250 had a great day yesterday surging higher as the relief over Brexit starts to be priced into the equity markets. For three years investors had been sitting on the sidelines waiting for some sort of clarity on Brexit. The Conservative majority victory, the most since 1987, has given PM Johnson a majority number of 78 seats in Parliament. This means that the UK will now be able to have their exit from the EU. PM Johnson will try to approve his Withdrawal Agreement Bill through the House of Commons and this time he will be able to secure a majority.

The FTSE 100 has had around £40billion added to it yesterday and that is to be added to the £20billion of gains which came last Friday. The FTSE 100 closed up 2.25% after the steepest one day increase in nearly a year. The FTSE 250 also ripped higher. Wall Street also opened higher yesterday at record highs as optimism on the US-China trade war continued to make its way into the Equity markets. These rallies in the UK and the US have pushed global stock markets to their highest ever levels yesterday during the PM London session. The MSCI All Country World Index, which measures stocks all over the world, hit record levels yesterday.

With the FTSE 100 looking like it will be supported in the near term I am expecting buyers on retracements. One event risk to be aware of is the Bank of England meeting on Thursday, as the market will be keenly waiting to see what forward guidance on interest rates is given. 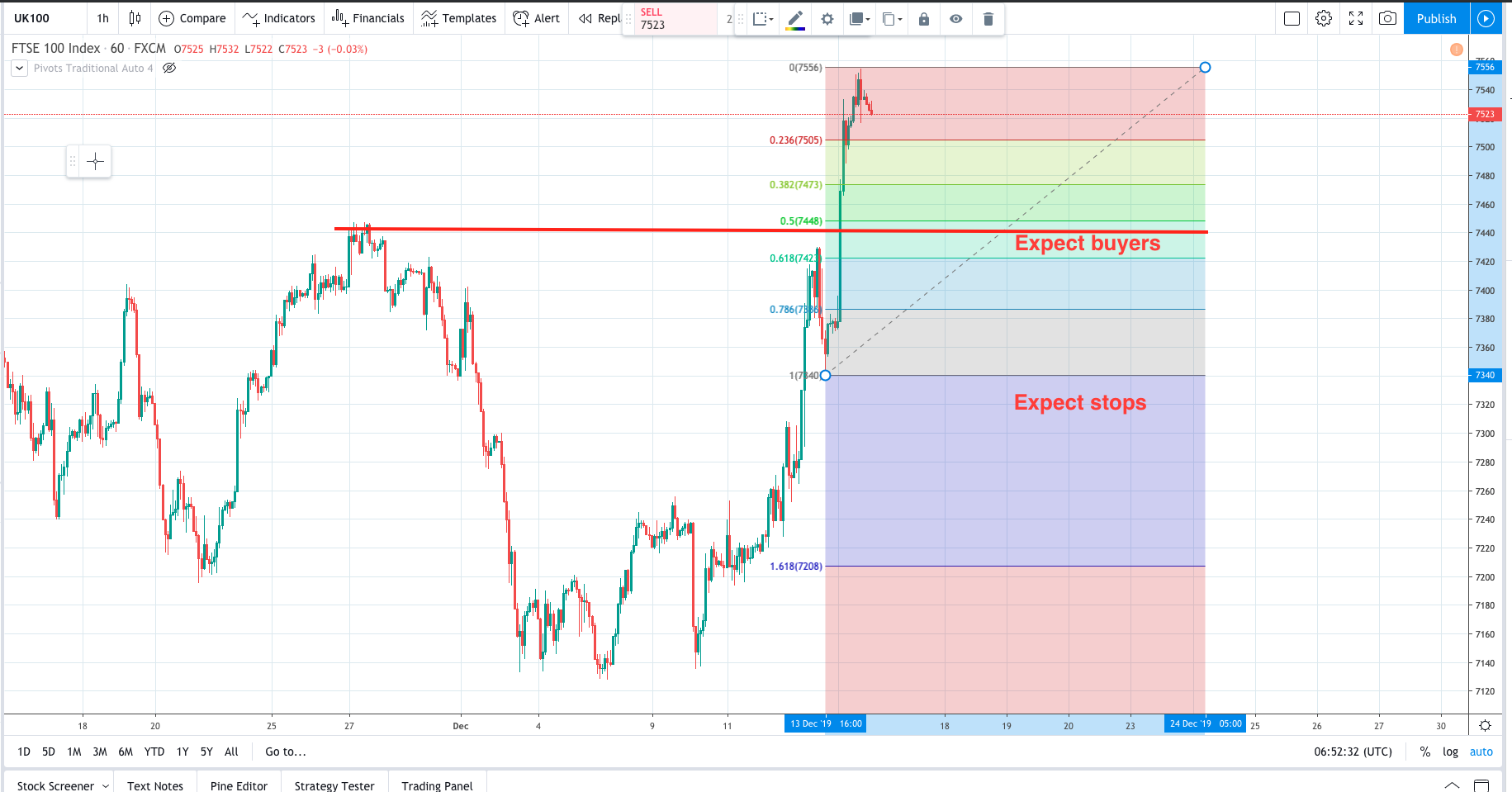