US Bancorp (NYSE:USB) stock rose 0.90% (As on Jan 20, 11:23:46 AM UTC-4, Source: Google Finance) after the company posted lower than expected results for the fourth quarter of FY 21. U.S. Bancorp’s tax-equivalent NII totaled $3.2 billion in the reported quarter, down 1.6% from the prior-year quarter. The decline mainly stemmed due to lower loan spreads and mix of earning assets, partially mitigated by deposit and funding mix, and by higher investment portfolio balance. Average earning assets climbed 5% year over year, supported by growth in average investment securities and average other earning assets, primarily driven by higher cash balances. However, the NIM of 2.4% shrunk 17 basis points, mainly due to mix of loans, lower loan spreads and higher investment portfolio balances, partially offset by the net benefit of funding composition. In the fourth quarter, U.S. Bancorp maintained a solid capital position. The Tier 1 capital ratio came in at 11.6% compared with the prior-year quarter’s 11.3%. Common Equity Tier 1 capital to risk-weighted assets ratio under the Basel III standardized approach fully implemented was 10% as of Dec 31, 2021, up from 9.7% reported in the year-ago quarter. 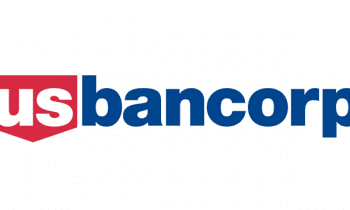 Moreover, U.S. Bancorp’s average total loans improved 2% sequentially to $302.8 billion. This stemmed from higher credit card loans and other retail loans. Average total deposits were up 6.5% from the prior quarter to $449.8 billion. The uptick was driven by Wealth Management and Investment Services, and Corporate and Commercial Banking. Provision for credit losses in the reported quarter was a benefit of $13 million against provisions of $441 million in the prior-year quarter. Net charge-offs were $132 million, down 71% year over year. Total allowance for credit losses was $6.2 billion, down 23.2%. However, U.S. Bancorp’s non-performing assets were $701 million, up 13.6% year over year.