Crude oil futures settled the trading week higher, buoyed in part by the national oil rig count’s first decline in more than two months. With prices returning to a profitable range for US oil and gas firms, there has been renewed activity in the sector as companies look to maintain a competitive edge. Global crude markets are also paying attention to the Organization of the Petroleum Exporting Countries (OPEC) and its allies, OPEC+, and the state of output levels.

Brent, the international benchmark for oil prices, is also enjoying a session and weekly boost. January Brent crude futures rose $0.15, or 0.33%, to $45.11 a barrel on London’s ICE Futures exchange. Brent prices will also record a weekly spike of 6%. So far this year, Brent is down a little more than 31%.

For the first time since the beginning of September, the number of crude oil rigs in the United States fell. Baker Hughes reported an oil rig count of 231 in the week ending November 20, down from 236 in the previous week. This is, however, the sixth straight week with the number staying above 200. The total Baker Hughes rig count also slipped to 310. 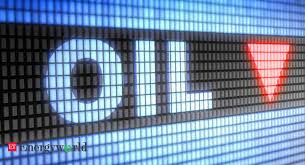 Crude markets have mostly benefited from growing optimism in the broader financial markets over Pfizer and Moderna’s two main coronavirus vaccines. But the rising number of new cases across North America and Europe may pose a significant threat to global energy demand, resulting in an intensifying supply glut and higher storage levels.

These fears may be subdued if OPEC and OPEC+ agree to extend production cuts for another three months. The group will hold a two-day meeting starting on November 30. But while it would make sense for the cartel to limit production, market observers say two things could nudge OPEC to taper the cuts: the mostly positive medium-term outlook and Libya ramping up crude output.