The US dollar is strengthening against some of its G10 currency competitors to start the trading week. The greenback, which has been slumping to its lowest level in four years in recent weeks, is rebounding on uncertainty surrounding the federal government’s COVID-19 stimulus and relief legislation. But the buck’s boom on Monday may be capped by mixed economic data.

The IHS Markit manufacturing purchasing managers’ index (PMI) clocked in at 50.9 in July, down from a preliminary estimate of 51.3. This is up from 49.8 in June, and it is the first monthly expansion since February – anything above 50 indicates expansion.

The Institute of Supply Management (ISM) released several manufacturing readings for July on Monday. The ISM’s manufacturing prices rose to 53.2, new orders strengthened to 61.5, employment ticked up to 44.3, and the overall PMI came in at a better-than-expected figure of 54.2. 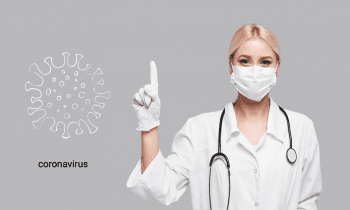 Later on Monday, total vehicle sales data will be published.

Meanwhile, stagnating negotiations surrounding the latest coronavirus stimulus and relief package could help the US dollar this week. As was recently reported, the Republicans and Democrats are quarreling over unemployment benefits of $600 per week. The Democrats support keeping it at $600, while Republican lawmakers want to lower it to $200. So far, the White House seems pessimistic about meeting the August 7 deadline, which is when the Senate breaks for recess.

The US Dollar Index, which measures the greenback against a basket of currencies, rallied 0.41% to 93.73, from an opening of 93.46. The index has cratered to a 26-month low since peaking at 103.00 earlier this year, plunging nearly 6% over the last three months.