The US dollar is weakening in the middle of the trading week after the annual inflation rate surged to its highest level since June 1982. The broader financial markets are in the green, but investors might be waiting for other data later this week, including retail sales and trade. How bad was inflation anyway?

According to the Bureau of Labor Statistics (BLS), the consumer price index (CPI) surged 7% in December, matching market estimates. This is up from the 6.8% reading in November. On a monthly basis, the inflation rate jumped 0.5%.

US inflation was felt across the board:

Some market analysts believe that inflation has peaked and that prices could come down in the coming months.

“As for the path for inflation, we expect it to gradually slow in the coming months but it will likely remain above 3% throughout the year. The assumption is that supply chain strains will start to ease from the summer onwards while the upside impetus from housing should fade as rising mortgage rates bite. Higher borrowing costs in general should start to take some of the steam out of the economy. Then there is the prospect of outright falls in some components, such as second-hand car prices, which are up by more than 50%. As the global chip shortages ease we should see more availability for new vehicles and second-hand car prices could fall sharply.”

In other economic data, mortgage applications rose 1.4% in the week ending January 7, according to the Mortgage Bankers Association (MBA).

Next on the data schedule include producer prices, retail sales, manufacturing and industrial production, and consumer sentiment. 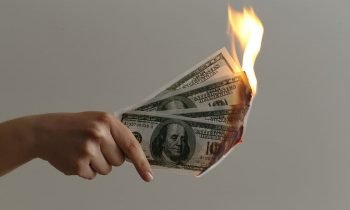