Trade war situation between U.S-China might not get better anytime soon after China decide to slap new tariff today. China announced tariff between 5% to 10% on $75 billion U.S goods that will take effect on September 1 and December 15.

DJIA futures immediately slump to the negative region from the positive region. Today, the market will focus on Jerome Powell speech to get a clue on the Fed stance on interest-rate. 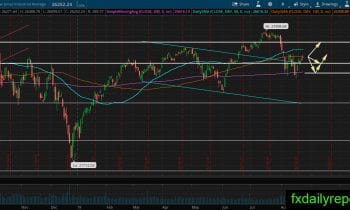 Today trading session might give traders clue on DJIA next direction. The index upward movement halted at the daily SMA 100 and waiting for Jerome Powell speech. If there is no upside breakout today then DJIA might consolidate between SMA 100 and 200 with 26,000 as the middle point. 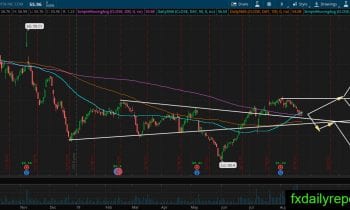 DVA corrected lower after the share prices climbed above daily SMA 200. It might continue moving lower to test the daily SMA 200 where traders could look for long positions. As long as the pair stays above SMA 200 then it might bounce and target $60.00. However, if a breakout lower happen then DVA might test the level near $50.00 before it will bounce. 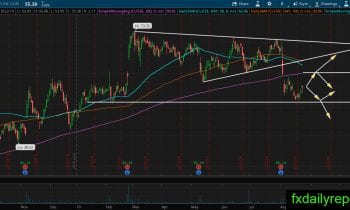 ETSY dropped below daily SMA 200 and reached the level near $50.00. It bounced and currently trying to return to the daily SMA 200. If the share prices manage to reach the averages then traders could prepare for short positions when there is a bearish reaction.