Deal or No deal continue to influence the market

President Trump said possibly no deal and the market sharply lower. The global market follows the cue and moves lower. But, today there is unnamed Bloomberg source possible deal will happen. The stock market started moving higher again. It is a deal or no deal sentiment situation and expected to continue this month.

On the medium-term and long-term view, we could see the current downward movement as a correction movement and continue to think that the stock market will continue higher until major bearish triggers happen. 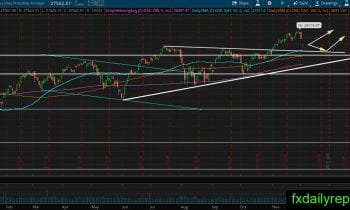 Yesterday was bad news for DJIA as the index tumbled sharply and almost reached the daily SMA 50. It is a normal situation though as the index has printed fresh all-time high and might need a correction toward the daily SMA 200 before continuing further higher. As long as there is no close below SMA 200 then the index still has a chance to move higher.

On the other hand, if the index closes below SMA 200 then be prepare for a long-term bearish correction. 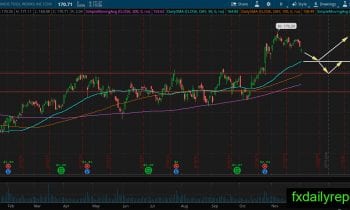 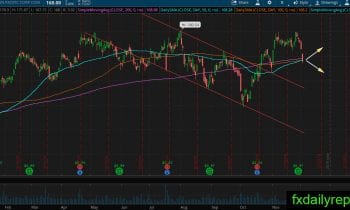 It is decision time for UNP, either bounce or breakout lower will happen. If bounce happens then UNP will continue its bullish trend. But, if a further lower close below SMA 200 happens then traders could expect the start of a bearish trend.