DJIA futures down 200 points before the market opens as tension in the Middle East rising. Last week, President Trump ordered an airstrike in Baghdad that killed Iranian general Qasem Soleimani. Gold prices and oil prices sharply higher after the attack.

In response to the attack, Iran decided to roll-back on the nuclear limit agreement. Aside from that, the country also seek revenge for the death of its general. Following the situation, Iraq’s parliament also passed a bill to expel U.S troops from the country. President Trump said he could implement sanctions against Iraq.

Traders could expect more uncertainties under the current situation and it is better to stay sideline in the equity market for now. 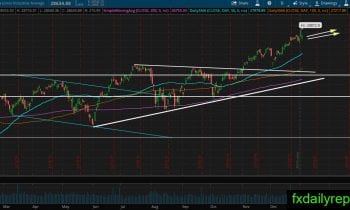 DJIA on the path higher to print further fresh high on the daily chart. There is no change to the outlook yet. However, the market fundamentally ready for correction as fear of world war 3 cloud the market. U.S attack on Iran flares the tension in the Middle East. If the situation worsens then the equity market across the world will start moving lower. 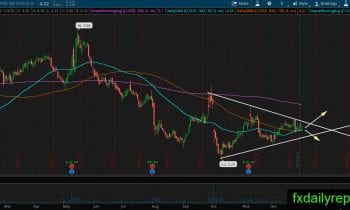 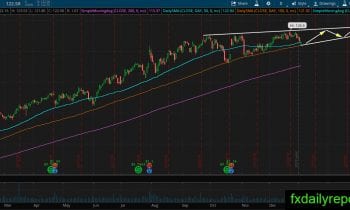 PG share prices is moving bullishly with daily SMA 50 & 100 as support level. Each time the share prices reach the averages, there were bounces happen. This time, traders will expect a bounce will happen too and PG continue its uptrend.