DJIA futures pointed lower 90 points as U.S GDP data come out weaker than forecast. U.S GDP contract 0.9% compared to 0.4% expansion expectation. The GDP has contracted for the second time which signals a looming recession. Traders will expect the stock market to trade bearishly following the news. It might be the best time to stay sideline and hunt for stocks that could survive the bear market. 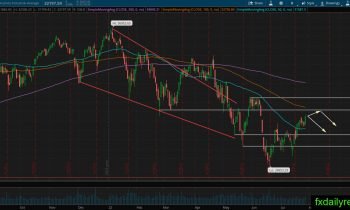 DJIA index is trading upward and set to target the daily SMA 100. No higher high is printed on the chart yet which means the overall trend is bearish. When a resistance test happens and the pair form major bearish reactions then traders could enter short positions. As long as inflation numbers continue its increase and economic data show weak data then the bearish trend will continue. 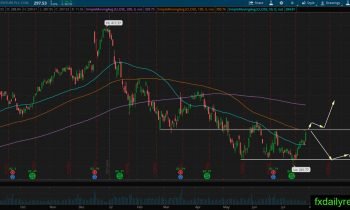 ACN share prices started another bullish correction and soon will test the level around $300.00 and the daily SMA 100. A breakout and close above the area will open a bullish scenario toward the daily SMA 200. On the other hand, significant bearish rejection from the current level will bring the share prices lower to resume the bearish trend.