Both U.S and China have agreed for a partial trade deal which will be signed in three weeks. President Trump also postpones the tariff implementation which planned to in-force this Tuesday. Despite the positive development, it seems the stock market will make a pullback today. 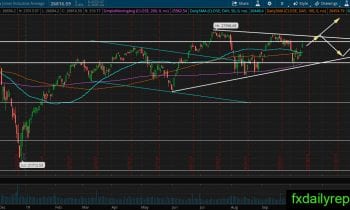 DJIA touched 27,000 handles and closed below the resistance level. The index might continue upward and test the top trendline. It is possible that DJIA could print fresh yearly high before the end of the year. However, it is better to wait for the breakout confirmation above the trendline before jumping to a bullish conclusion. 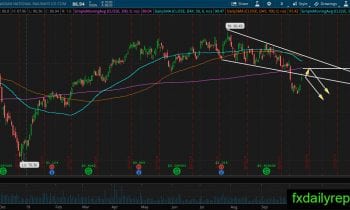 CNI broke below its daily SMA 200 which indicates the start of a bearish trend. The share prices made recovery and reach the bottom trendline as shown on the daily chart. If CNI continues upward then it might test SMA 200 and rejected from it. Traders could prepare for short positions and enter when there is a bearish reaction. 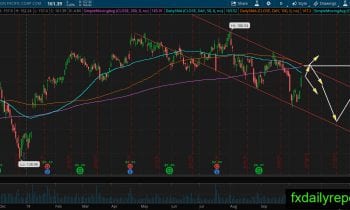