Positive start of earnings season while waiting for the trade deal

From the Euro, the EU negotiator told that Brexit deal still possible. The stock market in Europe gain on the current positive development of the Brexit situation. 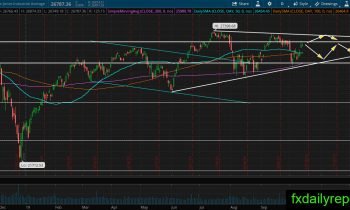 DJIA tested 27,000 and traded near the level. Today, the DJIA futures pointed upward moderately higher at 80 points. The index might test 27,000 again and look for a breakout. If a breakout happens then we could expect the index to test the top trendline. 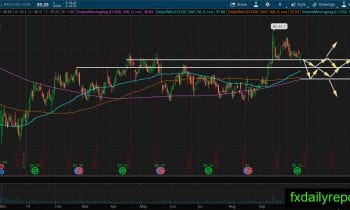 TOL share prices moving in a bullish trend after the rally from daily SMA 200. Currently, the share prices under pressure and testing the area between $38.00 – $39.00. We might see the reaction from the area soon. If TOL moves lower then traders could wait near the daily SMA 200 to enter long positions. 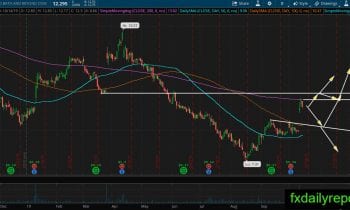 BBBY gapped up and tested the daily SMA 200. The share prices overall trend is bearish which suggests possible bearish continuation after the test. However, the bear needs to maintain the level below SMA 200 and $13.50 to ensure the continuation of the bearish trend.