DJIA futures currently pointed upward 20 points. The good news on Brexit offset by bad news from China which reports the lowest growth in the third quarter since 27-years ago. The economy growth 6% compared to last year. The U.S stock market might close flat today in anticipation of Brexit’s development. 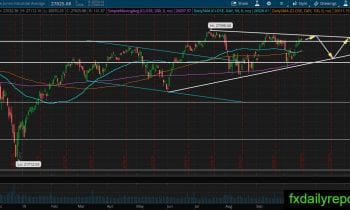 The situation has not changed yet since the beginning of the week and traders could expect no change at the end of this week. DJIA will continue its ranging movement between two trendlines and 26,000 – 27,000 range for now. 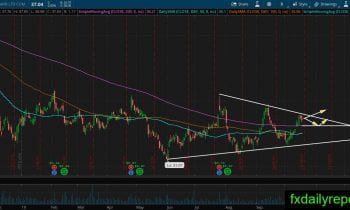 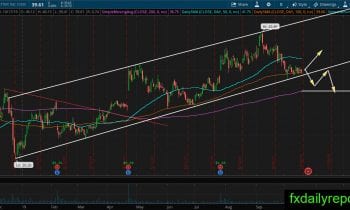 TWTR consolidating at the daily SMA 100. We could see a clear bullish channel on the chart and TWTR traded near the bottom of the channel. Will the share prices bounce from the channel and daily SMA 100?

If no bounce happens and breakout lower triggered then we could expect TWTR to continue lower and test daily SMA 200.