DJIA set for bearish day as Brexit deal breakdown and diminishing hope of trade-deal between U.S-China cloud the market

On Monday, the U.S added top Chinese video surveillance company Hikvision to trade blacklist entity. The event might deter both U.S and China to reach agreements later in the trade talks which starts on Thursday. 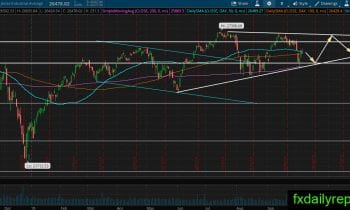 DJIA down more than 250 today. The index set to target 26,000, trendline and daily SMA 200 on its lower path. If the index could maintain the position above the trendline then we could expect DJIA to consolidate between two trendlines shown on the chart. 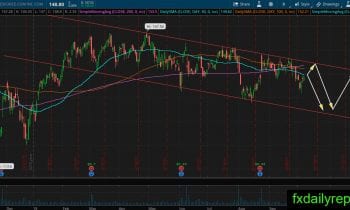 CRM saw trading inside the bearish channel and currently testing a cluster of averages. Rejection from the averages or the top of the channel is a sign for traders to short the share prices. If CRM starts moving lower then it will target the bottom of the channel.