The global stock market on a bullish spree after ECB stimulus and U.S-China trade optimism

Traders and investors around the world are rejoicing the stimulus announcement by ECB. Asian stock market and European stock market mostly higher today. Optimism that U.S and China will reach a deal on the trade war issue helped the stock market move further upside.

However, there is a mixed-signal from the White House. Initially, President Trump signaled he will consider interim trade deal with China. But, senior White House officials denied the idea of the interim deal. Next week, traders will observe the Fed FOMC meeting to get an idea on interest-rate. 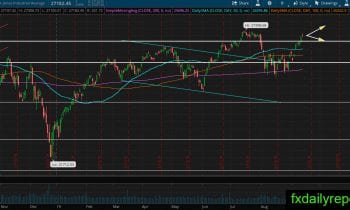 The more bullish movement happened in DJIA yesterday. But, the index relinquishes part of its gain after the announcement from White House officials. Today, the DJIA futures pointed upward 70 points which indicate further upside. We still expect the index to print fresh high this year as the Fed set to lower-interest-rate next week. 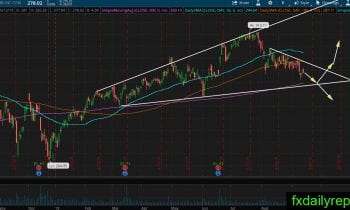 ADBE could continue its downward movement and reach the daily SMA 200 or the trendline before turn upside. Traders could prepare for long positions when the share prices hit the support level. On the upside, there is a trendline to watch. It is better to avoid short positions for now as ADBE still traded above SMA 200. 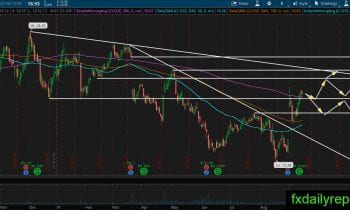 GES resume its upward attempt toward the daily SMA 200. It has closed above the averages for two days which indicate further upside for the share prices. Traders could look for long positions near the averages or horizontal support around $18.50. On the upside, $20.00 and the trendline are major targets to watch.