Yesterday, the Fed decided to cut interest-rate by 25 bps but provide no clue on further rate-cut. In the FOMC meeting, the Fed mentioned the economy proceeds strongly from the labor side and describe GDP growth as moderate.

At the current time, the market set to focus on U.S-China trade talks starting this Thursday in Washington. 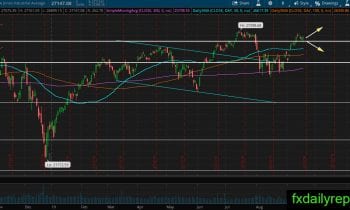 DJIA moved higher after the Fed cut interest-rate yesterday. The index might continue higher as the Fed might plan for another rate cut this year. However, there is a trade war issue to watch too. If there is no major change in the market development then DJIA might continue upward and print fresh high. 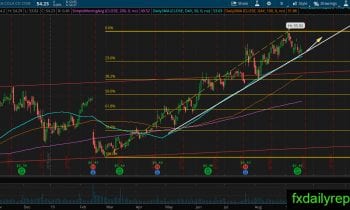