The USD/CAD currency pair on Thursday bounced off the current weekly lows of about 1.2762 to rally towards 1.2850 after the latest round of US ISM data. The currency pair appears to have recently pulled back after hitting a new yearly high of 1.2879.

The pair continues to trade within a slightly ascending channel formation in the 60-min chart. Thursday’s pullback prevented the currency pair from crossing to overbought levels of the 14-hour RSI. It remains pinned above the 100-hour and the 200-hour SMA lines.

In Canada, the Markit Manufacturing PMI for January missed the expectation of 57 with 54.4. 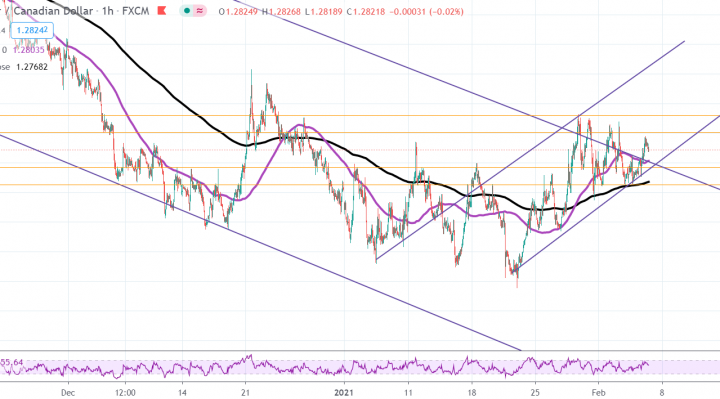 Technically, the USD/CAD currency pair appears to be trading within an ascending channel formation in the 60-min chart. This indicates a significant short-term bullish bias in the market sentiment. The pair recently pulled back to avoid crossing to overbought levels of the 14-hour RSI. 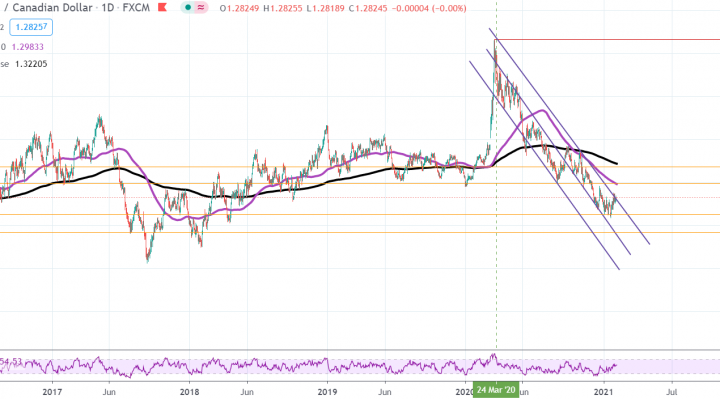 In the daily chart, the USD/CAD currency pair appears to be attempting a bullish breakout from a sharply descending channel formation. This indicates an attempt by the bulls to take long-term control of the pair.