The Chinese yuan continues its huge rally against the US dollar, driven primarily on economic data and confidence in the broader financial market. The yuan, which had traded as low as 7.18 per dollar over the last year, has rallied more than 4% since June. The recent movement has defied market forecasts for the yuan, suggesting that the world’s second-largest economy is recovering better than what analysts had anticipated.

Industrial production advanced 5.6% in August from the same time a year ago. This came in better than the market forecast of 5.1%. China’s industrial sector reported output expansion for manufacturing (6%), mining (1.6%), machinery (15.1%), and textiles (3.3%). Transportation equipment production slipped by 0.3%. 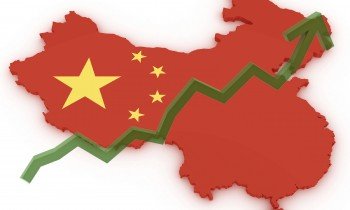 On Monday, the house price index climbed 4.8% YoY in August. The unemployment rate also dipped from 5.7% in July to 5.6% in August.

The latest economic data came as the People’s Bank of China (PBoC) confirmed that it pumped a net $33.63 billion of liquidity into the banking system through open market operations. As about $66 billion in reverse repo agreement matures, the central bank injected $99.66 billion to ensure sufficient liquidity conditions in the country’s financial system. For 26 consecutive days, the central bank has conducted seven-day reverse repos to make certain that there is enough cash in the system.

The PBoC reported that banks’ assets increased to $49.77 billion at the second of the second quarter, up 10% from last year.