The USD/JPY currency pair on Friday rallied to top 109.00 before rapidly pulling back to bottom at just below 108.600 following the latest round of the US non-farm payrolls data. The currency pair has been very volatile since the start of November as it rallied to hit highs of 109.700 and also traded at lows of  108.000.

The currency pair is currently pegged several pips below the 100-hour SMA line while the 200-hour SMA is even higher. This suggests that there could be significant bearish pressure in the market sentiment.

From a fundamental perspective, the USD/JPY currency pair is trading at the back of a very active period in both the US and the Japanese markets. Trump’s tweets made the headlines earlier in the week momentarily sending the greenback into a meltdown as it plunged against major currencies. Since then, the data that trickled in has failed to rally up the US dollar.

On the other hand, Japan’s overall household spending for October missed the expected change of -3.0% (YoY) with a change of -5.1% on Thursday. And on Friday, the preliminary leading economic index for October was also below the expectation of 92 with 91.8. 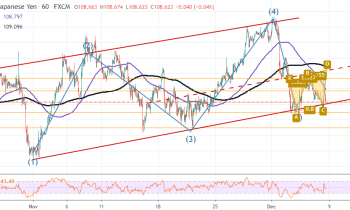 Technically, the USD/JPY currency pair continues to highly volatile despite Friday’s impressive non-farm Payrolls data. The currency pair has recently completed a double bottom XABCD pattern in an attempted recovery from the plunge earlier in the week, but this has failed to materialize. 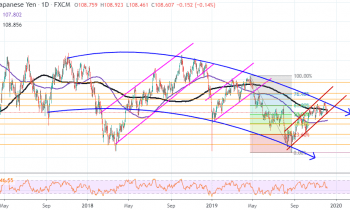 In the daily chart, the USD/JPY currency pair appears to be trading within a bullish channel forming within a descending curve, which indicates an attempt by the bulls to trigger a market reversal.