VF Corp (NYSE:VFC) stock rose 4.24% (As on May 20, 11:06:58 AM UTC-4, Source: Google Finance) after the company raised its full-year earnings outlook. The North Face revenue is $0.8 billion, up 24 percent (up 26 percent in constant dollars); Vans revenue is $1.0 billion, flat (up 2 percent in constant dollars). The company has returned $244 million to shareholders through $194 million in cash dividends, $50 million of shares repurchased during the quarter. 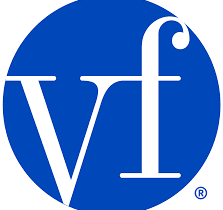 VFC in the fourth quarter of FY 22 has reported the adjusted earnings per share of 45 cents, missing the analysts’ estimates for the adjusted earnings per share of 46 cents. The company had reported the adjusted revenue growth of 12 percent to $2.8 billion in the fourth quarter of FY 22, slightly missing the analysts’ estimates for revenue of $2.84 billion. The revenue growth is driven by increases in the EMEA and North America regions partially offset by a decline in the APAC region primarily due to COVID lockdowns. The fourth quarter of fiscal 2021 also included an extra week compared to the fiscal 2022 period due to VF’s 53-week fiscal 2021. On an adjusted basis, gross margin decreased 50 basis points to 52.2 percent. Operating income increased 30 percent (36 percent in constant dollars) to $224 million on an adjusted basis. Operating margin on a reported basis was 6.8 percent. Adjusted operating margin increased 120 basis points to 7.9 percent.

The company expects a profit ranging between $3.30 per share and $3.40 per share for fiscal 2023. That’s up from prior guidance of roughly $3.20 per share. For fiscal 2023, the company anticipates no significant COVID-19-related lockdowns in key commercial or production regions, with the current restrictions in China expected to ease from the beginning of June 2022. The company expects no significant worsening in global inflation rates and consumer sentiment; total VF revenue is up at least 7 percent in constant dollars. The North Face revenue is up a low double-digit percentage. Vans’ revenue is up mid-single-digit percent; Gross margin o be up approximately 50 basis points and Operating margin to be approximately 13.6 percent. Further, Adjusted cash flow from operations is expected to be approximately $1.2 billion and Capital expenditures to be of about $250 million. The company excludes the impact of a payment VF anticipates making to the IRS in fiscal 2023 of approximately $845 million, plus accrued interest relating to the dispute regarding the timing of income inclusion associated with VF’s acquisition of Timberland in 2011.