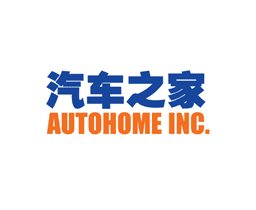 ATHM in the first quarter of FY 20 has reported the adjusted earnings per share of CNY5.40, while reported the adjusted revenue of CNY1.55 billion in the first quarter of FY 20. The revenue from new initiatives rose by 32% year-over-year and contributed to 20% of total revenues compared to a revenue contribution of 15% for the same period last year on the back of robust revenues from data products, which increased by over 80% year-over-year. The company has delivered an operating profit of RMB586 million for the first quarter of 2020 compared to RMB657 million in the corresponding period of last year.

Online marketplace and others revenues rose by 32.1% to RMB309.9 million ($43.8 million) from RMB234.6 million in the corresponding period of 2019. The increase was on the back of the increased contribution from data products. Data Products in the online marketplace and other business formed the revenue growth of more than 80% year-over-year in the first quarter of 2020.

For the second quarter of 2020, the company expects to generate net revenues in the range of RMB2.220 billion to RMB2.320 billion.