Elbit Systems Ltd (NASDAQ: ESLT), Israeli defense electronics company, stock fell 0.94% on 26th May, 2020 (Source: Google finance) after the company in the first quarter of FY 20 has reported the Non-GAAP net profit of $72 million ($1.63 per share) up from $65.8 million ($1.54 per share) in the first quarter of 2019. Elbit’s backlog of orders as of March 31, 2020 was 10.790 billion, up from $9.658 billion as of March 31, 2019. 63% of the backlog is for orders from outside Israel and 59% of the backlog is to be delivered during 2020 and 2021. The company has generated operating cash flow for the quarter of $10 million outflow compared to $47 million inflow in the same quarter of last year. The cash flow in the first quarter reflects payment to the supply chain and inventory buffers the company has built during the quarter to reduce the potential COVID-19 disruptions 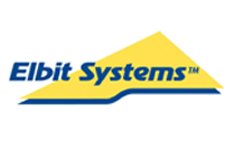 Moreover, in terms of revenue breakdown across the areas of operation, the company’s airborne systems sales, at 36% of sales, increased year-over-year mainly due to growth in military aircraft systems to US customers. Electro-optics formed for 11% of total sales and also increased year-over-year, mainly on the back of the acquisition of the Night Vision operation in the US. In the first quarter, North America was the largest, contributing 34% of the revenues; Israel was 23%; Asia Pacific, 20%; and Europe, 17%. The growth in North America in the quarter more than offset lower revenues in Israel, Europe and Asia Pacific. The growth in North America was mainly due to the airborne systems sales, and the acquisition of Elbit Night Vision. The company posted the first quarter non-GAAP operating income of $90.4 million or 8.4% of revenues compared to $84 million or 8.2% of revenues last year. For the first quarter, the company’s non-GAAP gross margin was at 27.6%, which is similar to the first quarter of last year at 27.7%.

On the other hand, the company has recently announced the $70 million investment by Charlesbank Capital Partners in Cyberbit. ESLT has received $49 million for a portion of its shares, and $22 million was invested in Cyberbit. After the investment and sale of its holdings, Elbit Systems is now a minority shareholder in Cyberbit.

Additionally, the company has declared a dividend of $0.35 per share for the first quarter of 2020.