E*TRADE Financial Corp (NASDAQ: ETFC) stock fell 1.06% after the company posted lower than expected results for the first quarter of FY 20. The company has reported first-quarter net income available to common shareholders of $161 million compared to $270 million in the year-ago period. 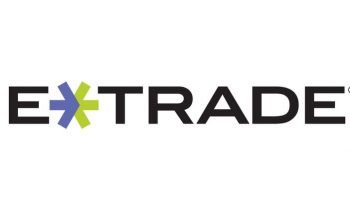 The company has declared a quarterly cash dividend of $0.14 per share on the Company’s outstanding shares of common stock, which will be payable on May 19, 2020, to shareholders of record as of the close of business on May 13, 2020.

Meanwhile, ETFC & Morgan Stanley have signed a definitive agreement under which Morgan Stanley will acquire ETFC for the total consideration of approximately $13 billion. Under the terms of the agreement, ETFC shareholders will get 1.0432 Morgan Stanley shares for each E*TRADE share, which represents per share consideration of $58.74 based on the closing price of Morgan Stanley common stock on February 19, 2020. The combined platforms will increase the client assets to $3.1Tn, 8.2MM retail client relationships and accounts, and 4.6MM stock plan participants. The combination will also increase Wealth Management scale, will fill the product and services gaps through complementary offerings, and will increase the digital capabilities. The significant cost and funding synergies will lead to stronger financial performance and shareholder value creation. The deal is anticipated to enhance the Firm’s return on tangible common equity by more than 100bps with fully phased-in cost and funding synergies and improve Wealth Management’s pre-tax profit margin to more than 30%. The acquisition is after fulfilling the customary closing conditions, including regulatory approvals and approval by ETFC shareholders, and is expected to close in the fourth quarter of 2020.