Interactive Brokers Group, Inc. (NASDAQ: IBKR) stock fell over 2.6% in the pre-market session of October 21st, 2020 (Source: Google finance) after the company posted better than expected results for the third quarter of FY 20. Accounts grew 47% year-on-year to $981,000, as the company added $105,500 net new accounts in the quarter. Client equity rose by 49% to $233 billion as new and existing clients worldwide sought to take advantage of the market opportunities they saw. Growth came in all client segments and all geographic regions with areas outside the US, particularly strong once again. This international growth continues due to customer distribution among the countries and regions. The total DARTs reached over $1.8 million more than doubling from last year and cleared average DARTs per account rose 49% to $442 million. 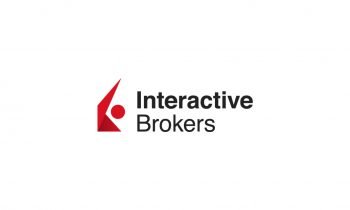 Moreover, other fees and services revenues grew 29% to $45 million. These include market data, exposure, account activity and FDIC Bank Sweep Program fees along with the fees generated from facilitating customers participation in IPO. Other income, which includes the gains and losses on the investments and currency strategy as well as principal transactions was $29 million versus a $47 million loss last year that was mainly due to currency effects on the global. Ex non-core items, other income decreased from a gain of $12 million to a loss of $1 million this quarter. This includes a $13 million loss on our investment in the OneChicago exchange, which ceased operations in September.

Non-interest expenses were up 16% from last year to $214 million for the quarter, mainly due to higher execution and clearing costs in line with higher trade volume, also higher employee compensation and benefits costs and $3 million in customer bad debt versus a $2 million recovery last year.