Methode Electronics Inc. (NYSE: MEI) stock fell over 0.1% on 30th June, 2020 (Source: Google finance) after the company posted lower than expected estimates for the fourth quarter of FY 20. The company did not provide the annual guidance for fiscal 2021, driven by the ongoing market uncertainty and the resulting lack of customer demand visibility, due to the COVID-19 pandemic, which includes the fiscal first quarter. Most auto and commercial vehicle production that was shut down before the beginning of the fiscal 2021 first quarter until approximately mid-June or about the first half of the quarter. When production did resume, the demand remained irregular, and the company continues to see volatility. The company’s fourth quarter net income, on a GAAP basis, increased $7.5 million to $30.1 million from $22.6 million in the same period last year, including the benefit from the adjustment of long-term incentive accruals of $6.5 million and higher other income of $5.5 million, mainly due to higher international government grants, inclusive of COVID-19 assistance. The company has generated 2020 free cash flow of $126.6 million, as compared to $85.1 million in fiscal ’19. 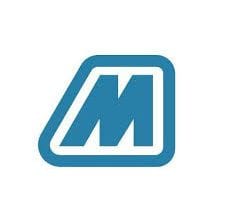 MEI in the fourth quarter of FY 20 has reported the adjusted earnings per share of 67 cents, missing the analysts’ estimates for the adjusted earnings per share of 77 cents, according to Zacks Consensus Estimate. The company had reported 20.8 percent fall in the adjusted revenue to $210.60 million in the fourth quarter of FY 20, missing the analysts’ estimates for revenue by 0.37%. Year-to-date non-GAAP adjusted gross margins expanded by only 20 basis points as got affected by the impact of COVID-19 and the UAW labor strike at GM, negative impact of foreign currency translation and lower radio remote controls sales. These items were however partially offset by the benefit of a full year of Grakon sales and increased sensor sales. The fourth quarter fiscal ’19 adjusted EBITDA was $47.2 million as compared to $48.3 million in the current period.