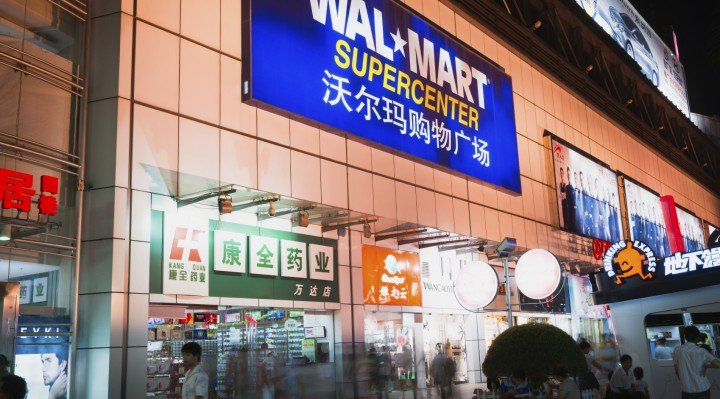 Walmart (WMT) posted a decline in earnings and weak sales growth at existing stores in its quarterly report on Thursday. The company’s forecast shows virtually no sales growth this year, but big changes to worker schedules may change this. Shares for the retail giant slid over 4% on the news.

Walmart’s net income slid 7.9% in the fourth quarter, down to $4.57 billion, compared to the previous year. Earnings per diluted share, excluding special items, was $1.49, which exceeded analyst estimates of $1.46.

Sales at stores open at least a year in the U.S. climbed 0.6%, marking the sixth straight quarter of positive sales growth, but failed to meet estimates of a 1% increase.

The big box retailer also said that net sales will be “relatively flat” this fiscal year, which is a downward revision from its previous forecast of 3%-4% growth. The company cited store closures and a stronger dollar.

In October, Walmart warned investors that its profits would decline over two years as the company invested in paying its workers higher wages. An increase in online shopping has also affected Walmart’s hold on the retail industry.

Walmart is also rolling out changes to its workers’ schedules in hopes of refining the customer experience, improving employee morale and boosting sales.

The company has been testing extensive scheduling changes. Currently, the retail store operates on an “open shift” system, which means managers schedule employees within the times the employee says they are available.

Walmart is counting on these changes helping its bottom line, too. Early results showed an impressive 11% reduction in absenteeism, and staff turnover decreased by 14% as well. The new changes will not entitle employees to more hours, but will allow for more stability, which can reduce employee turnover and save Walmart money.