Enerpac Tool Group Corp (NYSE: EPAC) stock fell over 1% on 26th June, 2020 (as of 11:35 am GMT-4; Source: Google finance) after the company posted lower than expected results for the third quarter of FY 20. Geographically, North America and Europe experienced a sales fall of about mid-30%. China began to recover early in the third quarter, while the rest of Asia slowed resulting in a decline in the low 30% range. But the most difficult region was the Middle East operations, which was affected by oil and gas pricing, and COVID-19, resulting in a whopping 50% decline. Further, the permanent cost reductions announced in 2019 and ’20 were of total approximately $33 million and the temporary actions in the third quarter contributed $12 million and an expected additional $8 million to $9 million in Q4. The company announced temporary COVID-19 cost actions that generated $12 million in savings during the third quarter. Due to uncertainty related to the duration and magnitude of the COVID-19 global pandemic and the recovery of its core markets, the Company has withdrew its full year financial guidance. 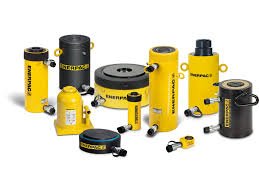 EPAC in the third quarter of FY 20 has reported the adjusted loss per share of 6 cents, missing the analysts’ estimates for the adjusted earnings per share of 12 cents, according to the Zacks Investment Research. The company had reported 38 percent fall in the adjusted revenue to $101.9 million in the third quarter of FY 20, missing the analysts’ estimates for revenue of $120.5 million. The product sales declined by 35% and service sales declined by 47%. The net year-over-year impact on net sales are from acquisitions and divestitures/strategic exits was a decline of 7% while foreign currency benefited sales by 2%.

Moreover, IT&S core product sales had declined by 36%, service was down 47% and Cortland was down 21%. NPD was greater than 10% of the product sales for the third consecutive quarter, which helped boost sales activity in the middle of the global shutdown. The company had a positive $2 million impact from the acquisition of HTL.

Meanwhile, the company is beginning to see increased business activity as economies gradually reopen in Asia, Europe and the U.S., which has translated into an improved sequential order rate. No region has normalized yet but the company now expects product order rates to be at approximately 20% below June of the prior year versus the 30-40% decline the company experienced in April and May.