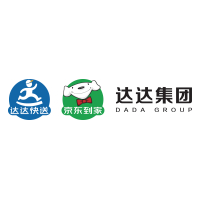 Moreover, the net revenues from Dada Now grew by 81.3% to RMB719.0 million, mainly on the back of the increases in order volume of last-mile delivery service to logistics companies and intra-city delivery service to chain merchants. Net revenues from JDDJ grew by 91.0% to RMB582.5 million, mainly due a 90.7% increase in GMV from the same quarter last year, which was on the back of increases in average order size and the number of active consumers. The increase in online marketing services revenue as a result of the increasing promotional activities launched by brand owners also constituted to an increment of the net revenues generated form JDDJ.

For the fourth quarter of 2020, Dada expects total revenue to be in the range of RMB2.0 billion and RMB2.1 billion. The company is confident that JDDJ revenue to grow by 100% year over year in the second half of 2020 due to strong growth momentum.