Post Holdings Inc (NYSE: POST) stock fell over 9.5% in the pre-market session of November 20th, 2020 (Source: Google finance) after the company posted lower than expected results for the fourth quarter of FY 20.

For North American ready-to-eat (RTE) cereal business, the company for the fourth quarter, reported a decrease of 3.2% in net sales to $471.9 million, compared to the prior year period. Volumes fell 6.3% as the growth in Post branded cereals was offset by declines in private label and government bid business (primarily resulting from the decision to exit certain low-margin business), Malt-O-Meal bag cereal and licensed brand cereal. 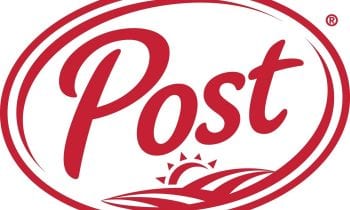 However, Segment Adjusted EBITDA increased 0.2% to $121.3 million, compared to the prior year period. For Primarily United Kingdom RTE cereal and muesli segment, for the fourth quarter, the company delivered 8.5% rise in net sales to $113.7 million. Volume of the segment grew 5.0%, due to extruded products (resulting from lapping capacity constraints in the prior year period) and biscuit products, which were partially offset by declines in drink products. For Primarily egg and potato products segment, the net sales fell 23.3% to $320.5 million for the fourth quarter, compared to the prior year period and included a 290 basis point benefit from Henningsen. Volumes for the fourth quarter declined 22.7% (including a 130 basis point benefit from Henningsen), on the baack of lower away-from-home demand in reaction to the COVID-19 pandemic in various channels, including full service restaurants, quick service restaurants, education and travel and lodging. Egg volumes declined 22.6% (including an 80 basis point benefit from Henningsen) and potato volumes declined 26.8%. The company posted the segment loss of $4.9 million, which represents a decrease of 112.3% compared to the prior year period.