What Led to Simulations Plus Inc (NASDAQ: SLP) Stock Crash? 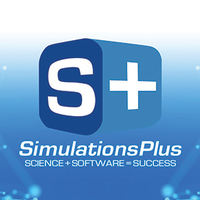 The company’s goal is to maintain fiscal year ’21 organic growth to be in the range of 15% to 20%, which is in line with the 18% organic growth the company delivered in fiscal year ’20. In fiscal year ’21 incremental Monolix revenue is projected to contribute an additional 3% to 5% of revenue growth on top of the organic growth. Any revenue contributed by acquisitions closed in fiscal year ’21 would as well be incremental to this. New software license customers and new consulting service contracts is expected to continue to close at a slower than historical pace. The company is targeting software growth of 20% to 25%, up from 16% in fiscal 2020. This growth rate is based on the new version 9.8 release of GastroPlus and in fiscal ’21, the expected release of version 10, which the company will market as GPx. Additionally, the company will benefit from the new release of ADMET Predictor and the new Monolix Suite as well as the modest price increases we have already announced. And finally, the focus on cross-selling initiatives will help us accelerate software growth. On the consulting services side, the company anticipates 25% to 30% growth in fiscal year ’21. The company continues to see demand across the services with PK-PD and PBPK services remaining consistent.