XP Inc (NASDAQ: XP), one of Brazil’s largest brokerage firms, stock rose 7.44% on March 17th, 2020 and continued its bullish momentum on 18th March, 2020 pre market session, rising over 7.2% (Source: Google finance). The company’s profit has more than tripled, as it has added more clients and grew its assets under management. XP’s active client base rose by 91% to 1.7 million in the fourth quarter, increasing the assets under custody to 409 billion reais ($81.77 billion), which more than doubled from a year earlier.  For the fourth quarter of FY 19, the company has reported the  net income rose of 390 million reais ($78.06 million) compared to 113 million reais a year earlier. Gross revenue grew 90% to 1.82 billion reais. On the back of strong performance in Retail, along with a robust growth in the other businesses, led to 72% increase in the Gross Revenue in 2019 vs 2018, reaching R$5.5 billion. Adjusted Net Income for the year 2019 was R$1.1 billion, which is an increase of 119% 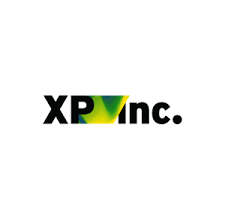 Moreover, the total Assets Under Custody (AUC) increase is due to a combination of a healthy and increasing pace of net inflows and the appreciation of equity and fixed income securities, which followed Ibovespa and yield curve’s performances in the quarter, respectively. After AUC growth, Retail revenue, which accounts for 67% of total revenue, posted the growth of 74% in 4Q19 vs 4Q18 and 56% in 2019 vs 2018.

In terms of asset classes and contributions to revenue in 4Q19 and 2019, main growth came due to (1) mutual funds (management and performance fees), (2) equities (brokerage) and (3) primary offerings (placement fees from equity, fixed income and REITs offerings).

The company now anticipates its clients will move to fixed income assets driven by the turmoil in markets caused by the new coronavirus. This move would likely offset withdrawals in equities, maintaining the net inflow of money, although XP has seen a drop in assets under custody from big clients.

Meanwhile, the company went public on December 13, 2019 to raise $1.96 billion through a public offering. On March 6, 2020, less than three months later, the investment firm The Winkler Group published a short report raising serious questions about the accuracy of XP’s financials. Among other things, the report has charged that there are lot of discrepancies between XP’s internal audits and the financial statements the company provided investors in its IPO prospectus. Further, the report alleges that XP fired its auditor after it discovered material weaknesses in the company’s internal controls.