Wheaton Precious Metals Corp (NYSE:WPM) stock rose 0.52% (As on August 12, 11:42:50 AM UTC-4, Source: Google Finance) after the company posted better than expected results for the second quarter of FY 22. The company has approximately $449 million of cash on hand. Subsequent to the quarter, the Company extended its existing undrawn $2 billion revolving term loan (the “Revolving Facility”) with its maturity date now July 18, 2027. As part of the extension, Wheaton added a sustainability-linked element which impacts the interest rate paid on drawn amounts and standby fees.  In the second quarter of 2022, Salobo produced 34,100 ounces of attributable gold, a decrease of approximately 39% relative to the second quarter of 2021, primarily due to lower throughput and grades. 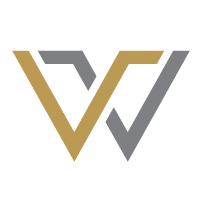 On the back of the proposed termination of the Keno Hill PMPA, lower production from Stillwater due to severe weather and flooding in the state of Montana in June as well as lower than expected production at Salobo, Wheaton is lowering production guidance. Wheaton’s estimated attributable production for 2022 is now forecast to be approximately 640,000 to 680,000 gold equivalent ounces (“GEOs”). For the five-year period ending December 31, 2026, average annual production is expected to increase to 820,000 GEO’s2, primarily due to anticipated continued production growth from Salobo, Stillwater, Constancia, and Voisey’s Bay as well as incremental production ounces from Marmato, Blackwater, Toroparu, Marathon, the Copper World Complex (formerly referred to as Rosemont) and Santo Domingo towards the latter end of the forecast period. Average forecast production for the ten-year period ending December 31, 2031, is expected to now be 870,000 GEO’s and includes incremental production from the Kutcho project and the Victor mine in Sudbury. Vale S.A. has indicated the potential for an additional expansion after the completion of the current Salobo III expansion, but Wheaton does not currently include this in its forecast.