Why Amazon.com, Inc. (NASDAQ: AMZN) stock is under pressure

Amazon.com, Inc. (NASDAQ: AMZN) stock opened weak and fell over 1.5% on 25th October, 2019 (as of 12:23 pm GMT-4 ; Source: Google finance) of 25th October, 2019 after the company posted mixed results for the third quarter of FY 19. The company has reported 26% fall in the net profit in the third quarter of FY 19 to $2.1 billion, which is the first decline in more than two years. Amazon’s world-wide shipping costs has risen by whopping 46% to $9.6 billion from the previous year. For this year, the company expects the spending to be even higher as the company investing in offering one-day free shipping for Prime members. Last quarter, AMZN had spent more than the estimated $800 million for the next-day shipping, as the company incurred higher costs in shifting the warehouses and bringing the inventory closer to customers.  As a result, online sales growth gained momentum with 22% rise in the sales from online stores in the third quarter. This is double the growth rate a year earlier. 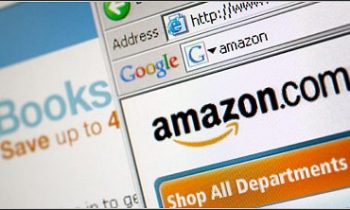 Moreover, Amazon Web Services, the company’s main profit center, also reflecting slowing growth. The unit posted 34.7% rise in sales to $9 billion but below the 37% clip of the previous quarter. Amazon’s advertising business reported 43.7% rise in sales to $3.6 billion from the year-earlier period. Amazon’s international business, has posted another operating loss for the quarter, and the profit fell 37% in its North American unit, which includes the bulk of its e-commerce operations. The physical stores segment experienced the steepest decline in sales over the last year.

Amazon also gave a weaker profit outlook for the fourth quarter of the year, which includes the holiday season. The company expects its operating income in the fourth quarter to range between $1.2 billion and $2.9 billion, which is -down from $3.8 billion a year ago and below the $4.2 billion estimated by analysts.