Why Broadcom Inc (NASDAQ: AVGO) stock is under pressure

Broadcom Inc (NASDAQ: AVGO) stock fell over 2.73% on 13th December, 2019 (as of 10:19 am GMT-5; Source: Google finance) after the company’s margins are under pressure. The company reported fiscal fourth-quarter net income of $818 million compared to $1.12 billion, in the year-ago period. The gross margins fell due to the seasonal mix shift of wireless in the semi business, while operating expenses remained relatively flat at just over $1 billion. Operating income from continuous operations was $3 billion and formed 52.3% of net revenue. Adjusted EBITDA was $3.2 billion and formed 54.8% of net revenue. The company has accrued $119 million of restructuring integration expenses and made $115 million of cash restructuring integration payments in the quarter. These expenses and payments were mainly related to CA. The company has spent $96 million on capital expenditures and free cash flow formed 41% of revenue or $2.4 billion. The company has ended the quarter with $5.1 billion of cash and $32.8 billion of total debt. 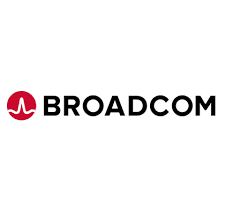 Broadcom expects fiscal 2020 revenue to be in the range of $24.5 billion to $25.5 billion, while analysts surveyed by FactSet had forecast on revenue of $23.9 billion. 2020 non-GAAP operating margins and adjusted EBITDA margins are expected to be relatively flat. The company plans to pay out just over $5 billion in cash dividends in fiscal ’20.